Available to Vector Institute sponsors only.

As a leading AI institute with a broad community of researchers and stakeholders, the Vector Institute recognizes the need for diverse voices in the technology, and specifically AI, space. We also recognize the lack of diversity in the AI community in Canada and globally. As part of our ongoing commitment to help address this important issue, Vector is hosting this event to bring together industry leaders to candidly discuss how to advance equity, diversity and inclusion in AI.

In this installment of Vector’s Business Insights, we will discuss the importance of diversity and inclusion in AI with a panel of industry experts. What does diversity and inclusion mean in the field and practice of AI? Where are the gaps and why does it matter to industry? What is the way forward and what role do different ecosystem actors play? 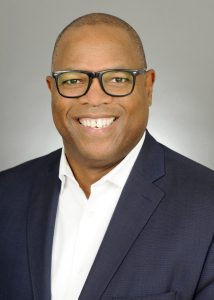 With over 25 years’ experience in financial services, Mark has executive leadership experiences in banking, insurance, risk management and non-profit leadership.  Mark is Vice President, Social Impact & Innovation at RBC. In this capacity, he has overall responsibility for RBC Future Launch, a $500 million, ten-year initiative to help prepare Canadian youth for the future of work.

Mark was previously Head, RBC Insurance Advice Centre, responsible for leading over 500 licensed insurance advisors who provide insurance advice and solutions to 750,000 RBC Insurance clients across Canada and served as Regional Vice President, Retail Banking at RBC with market responsibility for North Mississauga and Scarborough. He currently serves on the Board of Directors of William Osler Health System, and the Metro Toronto Convention Centre.

Mark holds an MBA in International Business from the University of Bradford and has completed executive programs with Richard Ivey School of Business. Mark is currently completing the Institute of Corporate Directors designation (ICD.D) at Rotman School of Business. 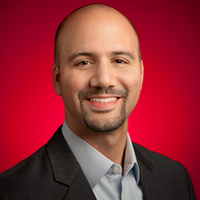 Sepi Hejazi Moghadam, Research Inclusion and North America Academic Development Lead, University Relations, Google Research
Dr. Sepi Hejazi Moghadam is the Research Inclusion and North America Academic Development Lead, University Relations at Google. He incubates programs that improve the experience and outcomes for underrepresented students in computer science research pathways. His projects have focused on establishing a deeper understanding of underrepresented groups who choose computer science and the barriers preventing those that do not. He has developed programs and established partnerships that focus on the path from undergraduate, to graduate, to research careers for underrepresented students. He has a PhD in Political Science and Education from Teachers College, Columbia University and a Masters in Policy Analysis and Evaluation from Stanford University.
Social Media Handles:
Twitter: @sepurb
LinkedIn 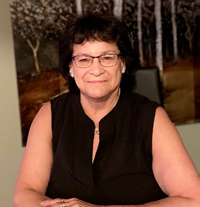 Gail Mc Donald, First Nations Community Leader and Advisory Council, Statistics Canada
Gail Mc Donald brings years of experience in the fields of First Nations health, data governance, survey research, administration and strategic project management. Gail has held senior positions serving her home community of Akwesasne and with regional and national First Nations organizations. Gail was instrumental in developing and managing the First Nations Information Governance Centre and played a key role in the development of and advocacy for the First Nations principles of Ownership, Control, Access and Possession of data also known as OCAP®. Gail is currently a member of the Canadian Statistics Advisory Council. 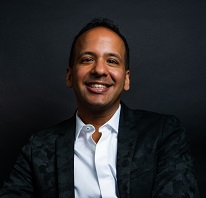 Prasanna Ranganathan, Senior Lead, Diversity and Belonging, Shopify
Prasanna Ranganathan (B.A. (Saskatchewan), J.D. (Victoria), LL.M. (Columbia Law School)) has worked as a lawyer, diversity and inclusion leader, speaker, and social media strategist. He is currently the Senior Lead of Diversity and Belonging at Shopify leading the development of Shopify’s Global Diversity and Belonging Strategy. He previously served as Senior Legal Counsel to the Honourable Justice Michael Tulloch at the Independent Street Checks Review, Legal Counsel at the Department of Justice Canada, Senior Special Advisor at Federal Judicial Affairs Canada, a labour and employment lawyer in private practice, and as an advisor at the United Nations Development Programme. A contributor to HuffPost, CBC, and Oprah.com, Prasanna has designed social media campaigns for film studios and high-profile media leaders including Arianna Huffington and Oprah Winfrey. He is an Associate Producer of Dream, Girl, a documentary on women entrepreneurs that premiered at the Obama White House in May 2016. A social media & red carpet correspondent, Prasanna has covered the red carpets at the 2019 Academy Awards, the 2014 Screen Actors Guild Awards, and the 2018 CTV Upfront. Proudly claiming his identity as an LGBTQ2+ person of colour with a disability (legal blindness), Prasanna is a seasoned speaker on diversity and inclusion, speaking at: the 2017 Walrus Talks Canada 150 Tour, the annual Toronto International Film Festival inclusion and accessibility training, and the 2019 International Women’s Day Summit on Parliament Hill.
Social Media Handles:
Twitter: @PRanganathan
LinkedIn
Website: www.prasannaranganathan.com 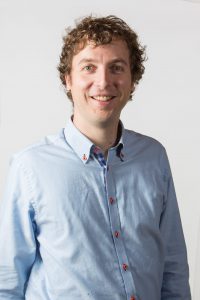 Graham Taylor, Associate Professor, University of Guelph, Canada CIFAR AI Chair, Vector Institute
Graham Taylor is a Canada Research Chair and Associate Professor of Engineering at the University of Guelph. He co-directs the University of Guelph Centre for Advancing Responsible and Ethical AI and is a member of the Vector Institute for AI. He has co-organized the annual CIFAR Deep Learning Summer School and trained more than 70 students and researchers on AI-related projects. In 2016 he was named as one of 18 inaugural CIFAR Azrieli Global Scholars. In 2018 he was honoured as one of Canada’s Top 40 under 40. In 2019 he was named a Canada CIFAR AI Chair. He spent 2018-2019 as a Visiting Faculty member at Google Brain, Montreal.

Graham co-founded Kindred, which was featured at number 29 on MIT Technology Review’s 2017 list of smartest companies in the world. He is the Academic Director of NextAI, a non-profit accelerator for AI-focused entrepreneurs.

Available to Vector Institute sponsors only.