Chaviva Hosek is President Emeritus of the Canadian Institute for Advanced Research (CIFAR). She was President and Chief Executive Officer of the Institute for 11 years until her retirement in 2012. Chaviva is a Professor in the School of Public Policy and Governance at the University of Toronto. From 1993 to 2000 she was Senior Policy Advisor to the Prime Minister and Director of Policy and Research, Prime Minister’s Office.

Chaviva served as Senior Policy Advisor to the Leader of the Liberal Party of Canada from 1990 to 1993, and prior to that as a member of Provincial Parliament in Ontario, the Minister of Housing and member of the Policy and Priorities Board of the Cabinet of Ontario. She has been a member of the Economic Council of Canada, and President of the National Action Committee on the Status of Women from 1984 to 1986.

Chaviva has actively served on many boards, including the Pierre Elliott Trudeau Foundation, the Council of Canadian Academies, Maple Leaf Foods Inc., and Inco Ltd., and currently serves on the board of Great West Lifeco (Great West, Canada Life, London Life, CLFC). 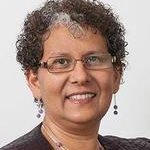 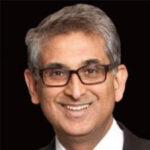