Ron is the VP of AI Engineering and CIO at Vector Institute and is the Engineering Lead at the Schwartz Reisman Institute for Technology and Society. Ron is responsible for leading engineering teams that apply Vector’s leading AI research to industry and health care problems for Canada, establishing and supporting world class scientific computing infrastructure to scale the adoption of beneficial AI, and ensuring that all Vector users, sponsor participants and partners are upskilled to use it effectively.

Previously, Ron was responsible for Applied Artificial Intelligence in the Google Cloud CTO office where he spearheaded collaborative innovation efforts working with strategic customers and Google AI research and engineering teams. Ron was the founding CEO of Think Big Analytics. Think Big Analytics provided enterprise data science and engineering services and software such as Kylo for enterprise data lakes and data science and was acquired by Teradata in 2014. After the acquisition, Ron led Think Big’s global expansion and created an Artificial Intelligence incubator at Teradata.

Ron was also VP Engineering at Quantcast where he led data science and engineering teams that applied Machine Learning for real-time advertising and audience insights. Ron was also Co-Founder and CTO of C-Bridge Internet Solutions. Ron has an honors B.Sc. in Math and Computer Science from McGill University and a Master’s in Computer Science from MIT. 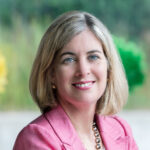 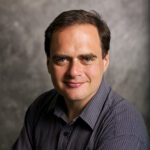