As a leader in research, advanced education and commercial collaboration, Dr. Garth Gibson bridges the worlds of academia and business. This unique combination ideally positions him to lead the Vector Institute in its mandate to drive Canada’s leadership in artificial intelligence (AI) research, fostering economic growth and improving the lives of Canadians.

Dr. Gibson has held a number of leadership positions at Carnegie Mellon University (CMU) in Pittsburgh, including as Professor in the Department of Computer Science and the Department of Electrical and Computer Engineering, Co-Director of its Master of Computational Data Science program, and Associate Dean for Master’s Programs in the School of Computer Science, overseeing 20 Master’s programs with over 1,000 enrolled students who are in high-demand upon graduation.

His work has advanced world-leading computer science research and translated it into impactful commercial applications. He is recognized for his contributions to Redundant Arrays of Inexpensive Disks (RAID) technology for scalable computing, which laid the foundations for some of the world’s fastest supercomputers. Panasas, a data storage company founded by Dr. Gibson, deployed this technology to serve multiple sectors.

As an active and collaborative researcher, he has been instrumental in integrating academia and industry. CMU’s Parallel Data Lab, established by Dr. Gibson over 25 years ago, continues to enable researchers and companies to collaborate and exchange ideas on technology directions. He has also brought partners together to develop high-performance computing systems required to power big data and machine learning research.

Raised in Aurora, Ontario, Dr. Gibson graduated with a B. Math from the University of Waterloo in 1983. He did his graduate studies at the University of California at Berkeley, graduating with his MSc in 1987 and his PhD in 1991. He joined Carnegie Mellon University that same year. He is also a Fellow of the Association of Computing Machinery and a Fellow of the Institute of Electrical and Electronics Engineers.

In addition, he has won numerous awards and prizes for his contributions to the early development of scalable high performance computing systems. These include: 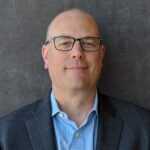 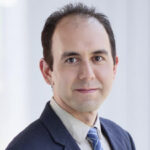