Janet L. Ecker is the former President and CEO of the Toronto Financial Services Alliance (TFSA), a concept she turned into a growing and influential public-private partnership dedicated to building Toronto as an international financial services centre. With government and industry support, she also established the Global Risk Institute in Financial Services to leverage the sector’s global reputation for stability, as well as the Centre of Excellence in Financial Services Education to capitalize on the region’s talent advantages. The Centre was recognized by the World Economic Forum as a best practice in collaborative public-private partnerships.

Under her leadership, TFSA led several other successful collaborations among governments and the financial sector, including Canada’s bid to become the North American trading hub for the Chinese currency, the Renminbi and the first public-private sector pilot projects in work-integrated-learning and cybersecurity.

Ms. Ecker was formerly the Minister of Finance for Ontario, Canada’s largest province, and was the first woman to deliver a budget in the province. During her political career, she also delivered significant public policy reforms as Minister of Education, Minister of Community and Social Services and Government House Leader. Before entering public life, Ms. Ecker was the Director of Policy for the College of Physicians and Surgeons of Ontario, the doctors’ regulatory body, the first non-physician to hold the position.

She currently sits on a wide range of public and private boards, agencies and government advisory committees and is a Senior Fellow of the C.D. Howe Institute and a member of its National Council.

In 2016 she received the Order of Canada for public service, in recognition of her public service contributions in the financial sector and in her political life.  A frequent public speaker and media commentator, she received the “Excellence in Leadership” award from the Transformation Institute for Leadership and Innovation in 2014, a Queen Elizabeth II Diamond Jubilee Medal for public service in 2012 and was recognized as one of the “Most Influential People in the World’s Financial Centres” by Financial Centres International in 2010.  She also received one of “Canada’s Most Powerful Women: Top 100 Award” from the Women’s Executive Network and the Richard Ivey School of Business in 2003.  Ms. Ecker is one of the founders of Equal Voice, a national, multi-partisan organization working to elect more women. 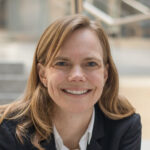 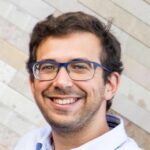