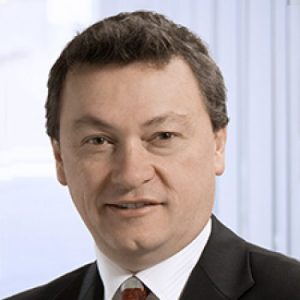 TORONTO September 26, 2017 — The Board of Directors of the Vector Institute today announced the appointment of its first President and CEO, Dr. Garth Gibson. His appointment is effective January 2, 2018.

Building on a strong track record of integrating academia and industry, he will take on an exciting new opportunity to lead the Vector Institute. Founded in March of this year, the Vector Institute will drive excellence and leadership in Canada’s knowledge, creation, and use of AI to foster economic growth and improve the lives of Canadians.

As a computer science pioneer, Dr. Gibson is uniquely positioned to drive the advancement of world-leading research and its translation into impactful commercial applications. He is recognized for his contributions to scalable computing research, which laid the foundations for some of the world’s fastest supercomputers. As a leader in advanced education, he co-created and built CMU’s mature Parallel Data Lab into one of the largest and most active consortiums of university researchers and corporate partners to spur new discoveries and accelerate their commercialization. As an entrepreneur, his research was adopted and applied to technology solutions for multiple sectors. Dr. Gibson publishes and gives talks on bridging high-performance computing, artificial intelligence and machine learning.

Said Ed Clark, the founding Chair of the Vector Institute:

Vector’s mandate calls for a leader with expertise in advanced science, entrepreneurship and business. Dr. Garth Gibson is that leader, and we are very fortunate to welcome him to the Vector Institute. Working with our partners in academia and industry, Vector is building on Canada’s strong foundation of globally recognized talent and research to translate discoveries into economic growth and prosperity for Canadians.

The establishment of the Vector Institute has generated great interest and excitement, spurring interest from industry and attracting top global talent in machine learning and deep learning. Canada has the potential to become a global leader in advancing AI research, development and commercialization, and all of Canada stands to benefit as a result. I’m a proud Canadian who grew up in Aurora and graduated from the University of Waterloo. I am excited about returning home to help lead these efforts with the Vector Institute.

The Vector Institute is an independent, not-for-profit corporation dedicated to research in the field of AI, excelling in machine and deep learning—an area of scientific, academic, and commercial endeavour that will shape our world over the next generation.

Vector strives to attract the best global talent focused on research excellence in deep learning and machine learning. Our researchers and academic partners will be part of a vibrant community of innovative problem-solvers, working across disciplines on both curiosity-driven and applied research.

The Vector Institute will work with academic institutions, industry, start-ups, incubators and accelerators to advance AI research and drive the application, adoption and commercialization of AI technologies across Canada.

By upholding a commitment to world-leading research and education, Vector will ensure that companies in Canada have the people, skills, and resources they need to be best in class users of AI.