Anatole is a Full Professor at the University of Toronto and holds the Clark Chair of Advanced Materials at the Vector Institute. In spring 2022, he’s been a Visiting Professor at the Machine Learning group at TU Berlin after serving as a Full Professor of Computational Materials Discovery at the Faculty of Physics, University of Vienna, Austria, from 2020 onward. Prior to that, Anatole was awarded tenure and a promotion to Associate Professor of Physical Chemistry at the Department of Chemistry at the University of Basel in 2019, after returning from the Free University of Brussels (where he served briefly as an Associate Professor in 2016) to Basel as a Tenure Track Assistant Professor. He held a Swiss National Science Foundation Assistant Professorship in the Institute of Physical Chemistry at the Department of Chemistry at the University of Basel from 2013-2015. Prior to that, he was a member of scientific staff at the Argonne National Laboratory’s Leadership Computing Facility in Illinois, which hosts one of the world’s largest supercomputers accessible to open science and research. In the spring of 2011, he chaired the 3 months program, “Navigating Chemical Compound Space for Materials and Bio Design,” at the Institute for Pure and Applied Mathematics, UCLA, California. From 2007 to 2010, he was a Distinguished Harry S. Truman Fellow at Sandia National Laboratories, New Mexico. Anatole carried out postdoctoral research at the Max-Planck Institute for Polymer Research (2007) and at New York University (2006). He received a PhD in computational chemistry from EPF Lausanne in 2005. He performed his diploma thesis work at ETH Zürich and the University of Cambridge (UK). He pursued his undergraduate studies at ETH Zuerich, École de Chimie, Polymers, et Matèriaux in Strasbourg, and University of Leipzig. 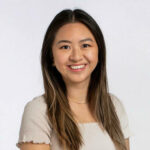 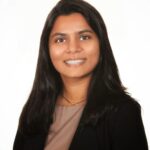