Angela Schoellig is an Associate Professor at the University of Toronto Institute for Aerospace Studies and a Faculty Member of the Vector Institute. She holds a Canada Research Chair (Tier 2) in Machine Learning for Robotics and Control and a Canada CIFAR Chair in Artificial Intelligence. She is a principal investigator of the NSERC Canadian Robotics Network and of the University’s Robotics Institute. She conducts research at the intersection of robotics, controls, and machine learning. Her goal is to enhance the performance, safety, and autonomy of robots by enabling them to learn from past experiments and from each other. She is a recipient of a Alexander von Humboldt Professorship (2021), the Robotics: Science and Systems Early Career Spotlight Award (2019), a Sloan Research Fellowship (2017), and an Ontario Early Researcher Award (2017). She is one of MIT Technology Review’s Innovators Under 35 (2017), a Canada Science Leadership Program Fellow (2014), and one of Robohub’s “25 women in robotics you need to know about (2013)”. Her team won the 2018, 2019 and 2020 North-American SAE AutoDrive Challenge sponsored by General Motors. Her PhD at ETH Zurich (2013) was awarded the ETH Medal and the Dimitris N. Chorafas Foundation Award. She holds both an M.Sc. in Engineering Cybernetics from the University of Stuttgart (2008) and an M.Sc. in Engineering Science and Mechanics from the Georgia Institute of Technology (2007). 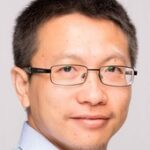 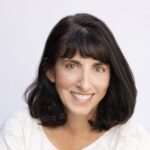