Geoffrey Hinton designs machine learning algorithms. His aim is to discover a learning procedure that is efficient at finding complex structure in large, high-dimensional datasets and to show that this is how the brain learns to see. He was one of the researchers who introduced the backpropagation algorithm and the first to use backpropagation for learning word embeddings. His other contributions to neural network research include Boltzmann machines, distributed representations, time-delay neural nets, mixtures of experts, variational learning, products of experts and deep belief nets. His research group in Toronto made major breakthroughs in deep learning that revolutionized speech recognition and object classification.

Geoffrey received his BA in Experimental Psychology from Cambridge in 1970 and his PhD in Artificial Intelligence from Edinburgh in 1978. He did postdoctoral work at Sussex University and the University of California San Diego and spent five years as a faculty member in the Computer Science department at Carnegie-Mellon University. He then became a fellow of the Canadian Institute for Advanced Research and moved to the Department of Computer Science at the University of Toronto. From 1998 until 2001 he set up the Gatsby Computational Neuroscience Unit at University College London and then returned to the University of Toronto. From 2004 until 2013 he was the director of the program on “Neural Computation and Adaptive Perception,” funded by the Canadian Institute for Advanced Research. In 2013, Google acquired Hinton’s neural networks startup, DNNresearch, which developed out of his research at U of T. He is a Vice President and Engineering Fellow at Google. 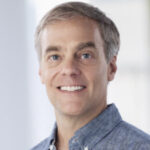