With highly diverse backgrounds from international and Canadian institutions and labs, Vector’s new faculty will become part of a vibrant community of innovative problemsolvers, working across disciplines on both curiosity-driven and applied research. They bring expertise in areas including deep learning, machine learning, natural language processing, machine vision, quantum computing research, health care and even music.

Launched earlier this year in Toronto, Vector has quickly become a destination for top AI talent seeking opportunities to collaborate with peers and the flexibility to conduct pure or applied research, teach students, work with industry or launch a new start-up company. Vector’s unique structure, which bridges academia, industry and institutions also presents researchers with opportunities to work with existing data sets to solve real-world challenges.

The new faculty members announced today will build on a highly-accomplished team of world-class researchers who helped launch the Vector Institute. They will strengthen the foundation for achieving Vector’s vision to drive excellence and leadership in Canada’s knowledge, creation, and use of AI to foster economic growth and improve the lives of Canadians. This January, Vector will also welcome its first President and CEO, Dr. Garth Gibson.

“Here in Canada and especially in Toronto, we have a strong history of research in machine learning and deep learning. With the Vector Institute, we are building on those strengths and seizing a moment in which top talent and businesses want to come to Canada to advance artificial intelligence. As Research Director, my top priority since Vector’s launch has and continues to be to build a talented, collaborative team. I am thrilled that these individuals will join a diverse and growing team of faculty committed to making Vector a global leader in AI.”

“Increasingly, the world’s most promising researchers in deep learning and other AI subfields are looking at Canada as a hub with many opportunities to collaborate, advance research and develop applications. Vector is a pillar of the Canadian AI ecosystem and I’m very excited that the team is expanding with highly sought-after talent, some of whom I’ve had the pleasure of working with. This team will drive Vector’s excellence in research, education and industry collaboration.”

“Artificial Intelligence is an essential building block in today’s global economy – our government is ready to support Canada’s leadership role in this area. We’ve launched the PanCanadian AI Strategy to attract top academic talent and increase the number of graduates and researchers studying artificial intelligence and deep learning in Canada. The Vector Institute’s top-quality work is exactly what we need to continue growing Canada’s global reputation as a cutting-edge leader in AI research. Today’s announcement is no exception to the remarkable progress the Vector Institute continues to make.”

“I congratulate the Vector Institute on appointing this impressive group of researchers. Vector is one of the cornerstones of our efforts to build on Canada’s lead in artificial intelligence research, and we’re pleased to see the progress they are making.”

“We congratulate Vector’s new faculty on joining a growing community of top AI talent here in Ontario. This province’s investment in Vector is helping to grow the AI ecosystem and build up our knowledge innovation economy. It will provide key opportunities for industry, start-ups and a growing highly-skilled workforce.”

About the Vector Institute 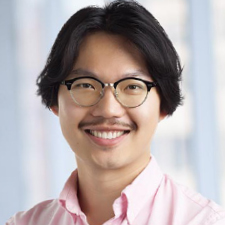 Among his many accomplishments, Jimmy developed the Adam Optimizer, one of the go-to algorithms to train deep learning models. Jimmy completed his undergraduate degree, Master’s degree and PhD at the University of Toronto under the supervision of Geoffrey Hinton, Brendan Frey and Ruslan Salakhutdinov. Jimmy’s research focuses on the development of learning algorithms for deep neural networks. He was the second-ever student from a Canadian institution to win a Facebook PhD Fellowship and in 2015, his team achieved the highest place among academic labs in the image caption generation competition at CVPR. He will spend one year at MIT as a postdoctoral researcher and will join the University of Toronto as an Assistant Professor in the Department of Computer Science in 2018. 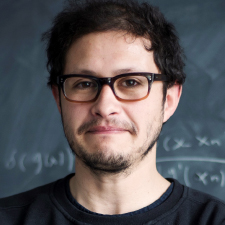 Juan’s research interests are at the intersection of condensed matter physics, quantum computing, and machine learning. Juan combines quantum Monte Carlo simulations and machine learning techniques to analyze the collective behaviour of quantum many-body systems. Applications of these ideas include the identification of phases of matter in numerical simulations and experiments, as well as the validation of near-term quantum devices and quantum simulations of condensed matter systems. He completed his PhD in Physics at SISSA, the International School for Advanced Studies in Italy. He has since held positions as a Postdoctoral Fellow at Georgetown University, Visiting Research Scholar at Penn State University, and Postdoctoral Fellow at the Perimeter Institute. Most recently, Juan was a Research Scientist at D-Wave Systems Inc. in Burnaby, British Columbia and will join the Vector Institute full-time this winter. 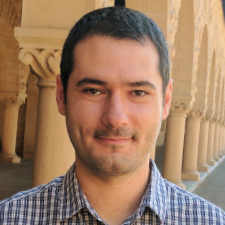 With a background in engineering, Murat has a keen interest in applying theory to solve real-world problems. His primary interest is in designing optimization algorithms for machine learning models. Using efficient algorithms, model training time can be reduced significantly, allowing researchers to efficiently test and select the best model for the problem at hand, be it recommender systems or self-driving cars. Murat completed his PhD in the Department of Statistics at Stanford University. He holds a Master’s in Computer Science from Stanford and Bachelor’s degrees in Electrical Engineering and Mathematics from Bogazici University in Turkey. Murat is currently a postdoctoral researcher at Microsoft Research – New England. He will join the departments of Computer Science and Statistical Sciences at the University of Toronto in 2018. Murat regularly publishes at the top-rated machine learning conference NIPS, and has journal papers in the Annals of Statistics and JMLR. 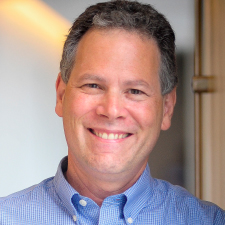 David’s research interests span computer vision, image processing, visual perception and visual neuroscience. He is interested in how animals see and learn, and how we can develop machines with similar or better visual capabilities. His published work includes methods for measuring motion and tracking objects in image sequences, the estimation of human pose and motion from video, large scale image retrieval, models of biological stereo vision, and recent papers on electron cryo-microscopy. David is a Professor in the Department of Computer Science at the University of Toronto and the Department of Computer and Mathematical Sciences at University of Toronto Scarborough. Previously, David worked in the Digital Video Analysis and Perceptual Document Analysis groups at the Palo Alto Research Center, and in Computer Science at Queen’s University. 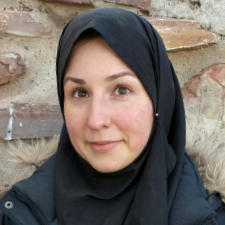 Marzyeh completed her PhD at MIT where her research focused on machine learning in health care, exploring how to predict immediate and long-term patient needs to inform decisions in the intensive care unit and ambulatory care. Her current research interests include clinical risk prediction with semi-supervised learning, optimal treatment discovery using expert demonstrations, and non-invasive patient phenotyping for behavioral conditions. Prior to MIT, she received a B.S. degree in computer science and electrical engineering at New Mexico State University and Master’s degree in biomedical engineering from Oxford University. Marzyeh is on the Board of Women in Machine Learning (WiML), and co-organized the NIPS 2016/2017 Workshop on Machine Learning for Health, and MIT’s first Hacking Discrimination event. She will join the University of Toronto as an Assistant Professor in the Departments of Computer Science and Medicine in the fall of 2018. 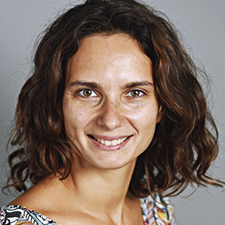 Anna is a Scientist in the Genetics and Genome Biology Program at SickKids Research Institute and Assistant Professor in the Department of Computer Science at the University of Toronto (Computational Biology Group) with a cross appointment in the department of Statistics. Her main research focus is to develop machine learning methods that can help decipher human disease heterogeneity, which involves combining data from multiple sources. Examples of her recent research include predicting necessity of thyroid biopsy and resection and age of cancer onset in children with cancer predisposition syndrome. Anna trained in machine learning at Carnegie Mellon University, with a postdoctoral focus in computational biology. The Goldenberg Lab collaborates with clinicians to ensure that work is relevant in the clinic. Anna is also a Member of the CIFAR Child and Brain Development group and a Member of the Scientific Management Committee of the Centre for Computational Medicine at SickKids. 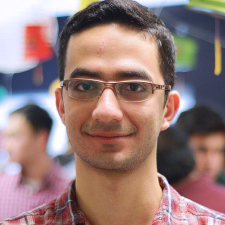 Alireza completed his PhD in Electrical & Computer Engineering at the University of Toronto in 2017 where he was a student under Brendan Frey and part of the Machine Learning group. He has a broad set of interests in machine learning. His most recent research focuses on generative models and their applications in semi-supervised learning, neural networks that can learn sparse representations of data, and deep reinforcement learning algorithms. During his PhD, he interned for the Google Brain Team in 2015 where he worked on generative models of images and Google DeepMind in 2016 where he worked on developing deep reinforcement learning algorithms for the StarCraft II game. Alireza completed his Master’s at the University of Toronto in 2012 and received his Bachelor’s degree from Amirkabir University of Technology (Tehran Polytechnic) in Iran in 2010. He will join the Vector Institute full-time in January 2018. 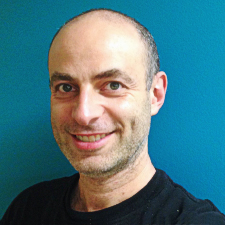 After completing his undergraduate degree in mathematics at Dalhousie University in Halifax, Sageev went on to study at the University of Toronto where he completed his Master’s and PhD in Computer Science under the supervision of Geoffrey Hinton and Demetri Terzopoulos. Sageev’s research interests include probabilistic generative models and machine learning and deep learning architectures, with an emphasis on creative applications, including teaching machine learning models to generate music. As a pianist, Sageev has performed with Symphony Nova Scotia and as a member of Gypsophilia, a jazz/world music group which has won multiple awards from the East Coast Music Association. Together with his brother Dani Oore, and with CBC Radio, he co-produced a duo instrumental CD, “Radical Cycle”. Since 2016, Sageev has been a Visiting Research Scientist at Google Brain, working on the Magenta team. He will join the Vector Institute and Dalhousie University in 2018. 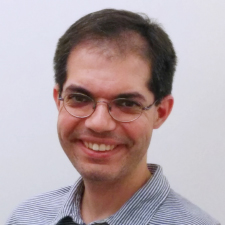 Pascal is a Professor in the David R. Cheriton School of Computer Science at the University of Waterloo. His research focuses on machine learning and decisiontheoretic planning with application to natural language processing, sports analytics, telecommunication networks and assistive technologies. He is most well known for his contributions to algorithms for decision processes and their applications in real-world problems, including helping people with dementia in activities of daily living and automated dialog systems. Pascal is also leading research on chatbots, video analysis of hockey games and data driven management of telecommunication networks. Pascal completed his PhD in Computer Science at the University of Toronto, his Master’s degree at the University of British Columbia and undergraduate degree at McGill University. Pascal serves as scientific advisor for Huawei, ElementAI, TalkIQ, ProNavigator and his research collaborators also include Google, Intel, Kik Interactive, In the Chat, Slyce, HockeyTech, the Alzheimer Association, the UW-Schlegel Research Institute for Aging, Sunnybrook Health Science Centre and the Toronto Rehabilitation Institute. 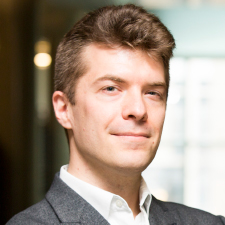 Frank Rudzicz is a scientist at the Toronto Rehabilitation Institute-UHN where he is applying natural language processing and machine learning to various tasks in healthcare, including in detecting dementia from speech. Frank completed his PhD in the Department of Computer Science at the University of Toronto and his Master’s in Electrical and Computer Engineering from McGill University. Frank is also the co-founder and President of WinterLight Labs. As an Assistant Professor (status) at the University of Toronto, he teaches natural language processing and artificial intelligence in clinical medicine.