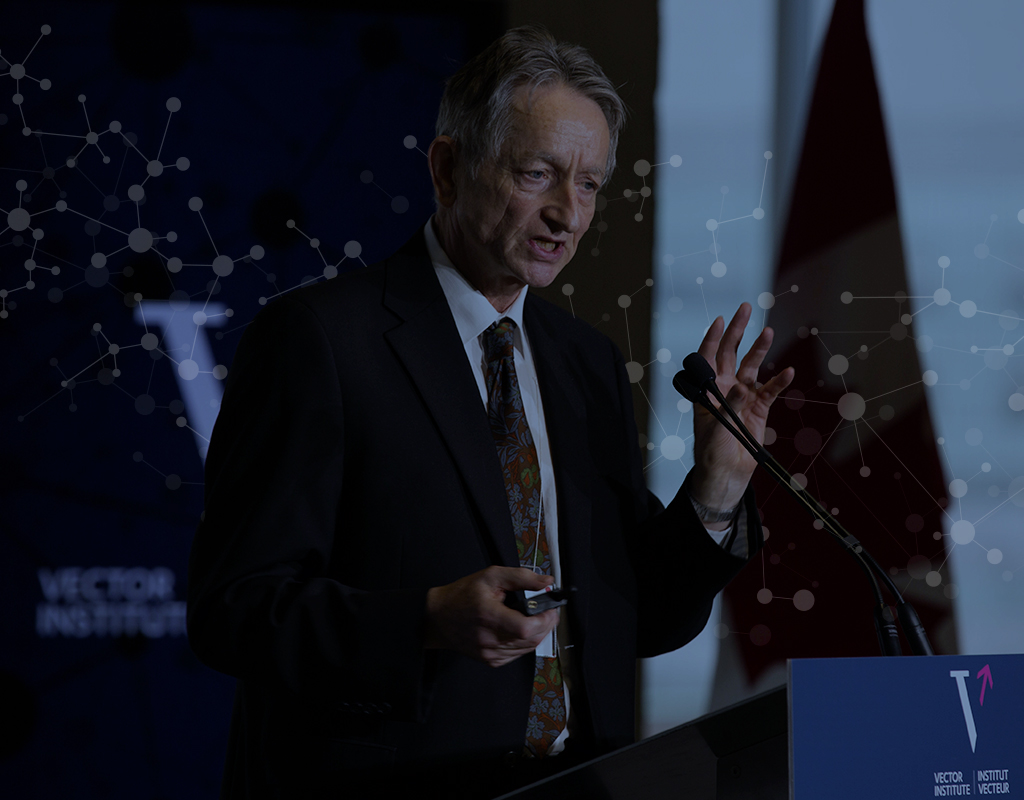 Along with Dr. Hinton, this year’s winners include fellow Canadian, Dr. Yoshua Bengio, and New York-based Dr. Yann LeCun, the latter of whom did his postdoctoral research with Dr. Hinton at the University of Toronto. Together, they are considered the founding fathers of deep learning. Like the award’s namesake, each one of them has pushed the boundaries of understanding and possibility in computing. And they have all made research advancements in Canada.

Introduced in 1966, the Turing Award is computing’s highest honour. The award celebrates scientists and engineers for propelling the field forward and making a significant technical impact. It comes with a $1 million, Google-sponsored prize.

As a Canadian-based researcher and Companion of the Order of Canada, Dr. Hinton – and the recognition he has received thus far – has shone an international spotlight on the revolutionary work in machine learning and AI being done right here.

Just two years ago, Canada became the first country to announce a national AI strategy, taking our place at the forefront of the field. More and more leading global companies, public institutions, and tech startups look to us to lead. Dr. Hinton and others continue to make great strides, and their influence extends well beyond the lab.

Since Vector’s inception in 2017, we have been among a series of catalysts for over $1 billion in AI and tech-related investments, which will result in the creation of 25,000 jobs across Canada. Over 240 researchers, encompassing faculty, postdocs, students, and affiliates, have become part of Vector’s community. And now we have a Turing Award winner amongst us.

The future of AI is bright, and Canada will play a major role in unlocking its potential.

“I am honoured to receive the ACM A.M. Turing Award, a high honour and recognition from the computer science community. Deep learning and neural networks have tremendous potential to revolutionize nearly every sector of society – from predicting aftershocks or floods to designing new materials and pharmaceuticals to interpreting medical images and personalized medicine. With the ever-increasing volume of data and computing capacity, industry has woken up to the transformational power of this technology. The Vector Institute is playing a unique role as a convener of academia and industry, enabling Vector’s researchers and industry sponsors to take bold steps and realize the full potential of the technology for which Yann and Yoshua and I are being recognized today. Together, we are ensuring Canadian companies and all Canadians benefit from ongoing research in the field.”