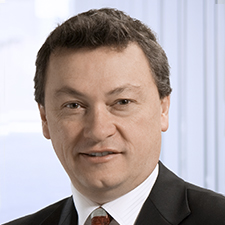 Today marks the one-year anniversary of the Vector Institute. But what we’re really celebrating is the continuing growth of the Canadian artificial intelligence (AI) ecosystem.

When Vector launched a year ago, it became part of a vibrant community. Universities, institutions, enterprises, start-ups and incubators were all working to build on Canada’s decades-long history of research in AI. Each has an important role to play in realizing its potential and it’s thanks to that community that the Vector Institute exists today.

The idea that grew into Vector came at a time when global competition to hire machine learning and deep learning graduates was reaching an all-time high and Canadian-trained students were leaving for international opportunities. Demand has only grown over the last year.

In response, Vector has become a place that offers world-class researchers the freedom and flexibility to push the frontiers of AI. At Vector, they can advance pure or applied research, teach students, start a company, or work with industry and institutions. Within a strong and vibrant ecosystem, and in a welcoming and attractive country, Vector has become a beacon.

Together with our surrounding ecosystem, we are beginning to reverse the brain drain. In the last year, Vector has attracted twelve new faculty members – a doubling of our founding team. Six of our new faculty members had the option to pursue a career elsewhere, but decided to either immigrate to or return home to Canada. Today, our community of faculty and students represents more than 30 countries. They are truly the world’s best and brightest. And this summer – working with CIFAR and our pan-Canadian partners – we will host 250 students at a summer school featuring top researchers from around the world. Competition to come to Canada is fierce: over 1,200 applications were received from more than 60 countries! In a world where economies are racing to hire people with an education in AI, more of those people are choosing Canada.

Building a critical mass of talent adds to our strategic advantage: supply creates demand. In the last year, new corporate AI research labs have been established in Toronto, Montreal and Edmonton. And Toronto is on Amazon’s HQ2 shortlist. But Vector is not just about enabling large global companies – it’s about building the infrastructure and investments to jump-start AI adoption by smaller companies, encouraging AI start-ups and commercialization, and working with university partners such as the universities of Toronto and Waterloo to expand academic and research programs.

While tremendous progress has been made, a lot of hard work lies ahead. We must improve and expand our ability to use AI to solve problems and create opportunities. And we all have a responsibility to do so in a way that advances and protects our social and ethical values.

Vector’s first anniversary falls at a time when the rate of AI development and adoption is accelerating. And it is more apparent than ever that our ability to understand, anticipate and affect the outcomes must keep pace.

Scientists at Vector are advancing AI research in several ways. They’re using it to develop technology for home assistants, understand molecules, improve electric vehicles and even create music. Some are using it to identify early signs of dementia or explore how cancer responds to treatments. At the same time, they’re researching differential privacy, data biases, and explainable AI.

But it all starts with talent. Maintaining a sharp focus on training, retaining, growing, and nurturing our AI community is Vector’s top priority. It will be foundational to our collective success.

Together, we are starting to tip the scales back in Canada’s favour. The advantage is ours to lose.